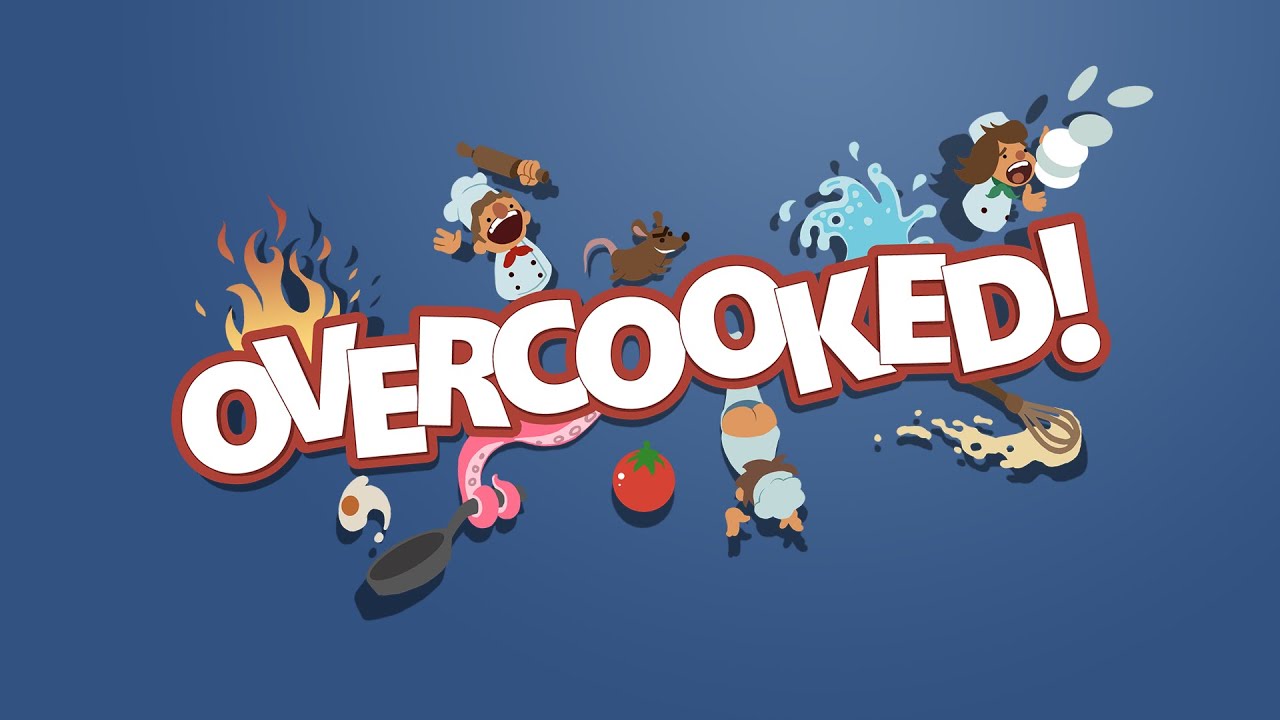 Overcooked! (not to be confused with Overwatch, which I wrote half this review typing) is a relatively simple game. If you are playing overwatch and need help with ranking then check out this Overwatch placements. You are a chef in a kitchen. The first level has you and up to 3 other chef buddies performing a number of simple actions. Picking up vegetables from a magic storage block, chopping said vegetables on a chopping board, placing the required vegetables in a pot, allowing the pot to cook to completion, place created soup onto a plate, serve plate via serving hatch, wash plates, repeat ad infitium. Each of these actions in a simple one button click to perform… So why is this game so good?

Because EFFICIENCY. EFFICIENCY is our favourite word at MMGaming, particularly after our forey into the world of Factorio. There is something deeply satisfying about getting your 3 friends and setting up a chain in the kitchen, someone chopping, someone cooking, someone plating, all working in glorious harmony. And you realise this in the first level, this is just great fun making things efficient.

Where the game becomes great however is when the spanner is thrown in the god damn works. You start a new level, this time making burgers, no problem. You set up in a 4 person rotating formation getting everything to the correct stations efficiently making burgers. BOOM, suddenly, an earthquake hits and the map is cut in two. You have to work out with your friends how to make things efficient with the map chopping itself in half every minute. Inevitably things go wrong and hilarity ensues. The screams of joy, frustration and horror from my friends as we struggle to keep things under control are what you play co-op games for. Looking on as other friends switch in, it’s even funny to watch. The scene of 2 guys trying to make pizza, while another is frantically putting out a fire in the corner when someone forgot about the fish and chips, and another is calming washing dishes is a sight to behold.

There are 30 levels in total and each adds a new twist to keep things interesting, the levels range from standard kitchens to conveyor belts and lava! The game can be played solo, with you controlling two guys at once, switching between them. While the game is totally fine solo, it definitely loses its charm and should only be considered if you have at least one other buddy to play it with. There is even a versus mode for the competitive folks! Pitting two teams against each other in this environment was very funny and entertaining, although I have concerns with a couple of the levels that spit out random resources (you can be lucky or unlucky with what you get sometimes!) but that is just my over competitive nature. There is no online multiplayer so make sure you have real friends, while people may be annoyed at the lack of online, it just encourages the social nature of the couch co-op!

Without a doubt I highly recommend Overcooked, it brought joy to our couch in a way that hasn’t been done since Towerfall.