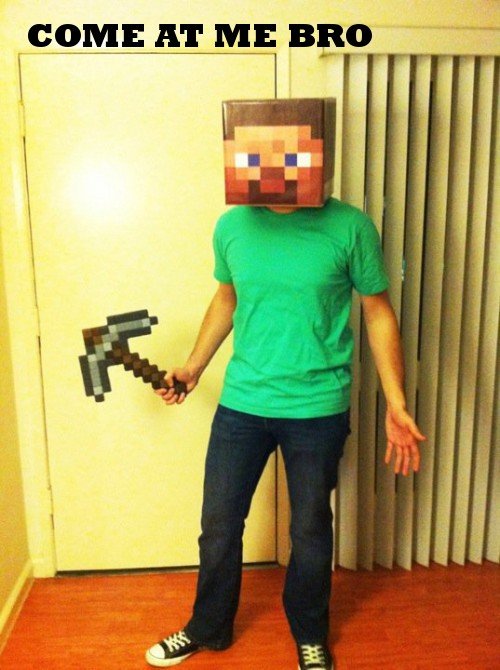 Now I’m usually the one who write the news posts here on MMGaming, but I absolutely had to put this in as it is just one of the most awesome things I’ve ever heard.

Notch, an individual from the company Mojang and the creator of that nerdgasmic game Minecraft, is apparently working on another Indie game called Scrolls (I don’t know much about it, but I will definitely try and find out more… after all… Notch is making it, must be awesome!). Now apparently Bethesda Game Studios, the developer of the even more nerdgasmic Elder Scrolls series (including Skyrim which is coming out in November), heard about this and decided that the name Scrolls was too similar to The Elder Scrolls and it might cause confusion amongst gamers (after all, us gamers are idiots like that…).

So Bethesda is now taking legal action to try and make Notch change the name from Scrolls into something less confusing so that Skyrim will remain unopposed. Notch however decided that this was unacceptable and decided to challenge Bethesda… Like a boss!

On his blog he said the following:

“Remember that scene in Game of Thrones where Tyrion chose a trial by battle in the Eyrie? Well, let’s do that instead!

I challenge Bethesda to a game of Quake 3. Three of our best warriors against three of your best warriors. We select one level, you select the other, we randomize the order. 20 minute matches, highest total frag count per team across both levels wins.

If we win, you drop the lawsuit.

If you win, we will change the name of Scrolls to something you’re fine with.”

So… in reponse to a lawsuit Notch challenges Bethesda to a Quake 3 match! Like an actual boss! What a legend!

Even more awesome is that he follows this all up by saying: “I am serious, by the way.”

I really, reaaaally hope Bethesda agrees! I also hope that this becomes the normal way to solve disputes between gaming companies from now on. “You’re game Creed is too similar a name to Assassin’s Creed! We challenge you to Halo 3 at dawn!”

2 thoughts on “Notch… You Badass!”