Hey everyone its CrossCrash I’m back for another MM Gaming Guest Review.

Now I’m gonna put a disclaimer here: During the review you will hear me talk about Ogame a lot. That’s because aside from the 3D strategy element that’s exactly what the interfaces remind me of. I’m not saying the games are similar in a wider sense but in the browser they do feel quite alike. Well mechanically at least. Basically I was looking for a point of reference for browser games and it was that or Farmville… 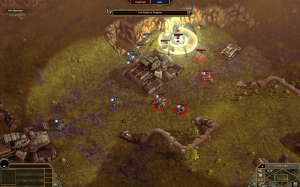 So my first impressions are that, for a free game, Iron Grip: Marauders is a really decent effort. Its fun, I suppose, for a while and the art and graphics are really nice for a free game. That said it’s hard to find nice things to say about it that aren’t followed by “… for a free game”.

Iron Grip is set in a land on the brink of war… well at least the introduction video on the website told me so. There was some talk of a pair of rival countries at each others throats but I don’t even think that was hinted at in game. Whatever. This is the kind of game that really doesn’t need an overarching plot or story based quest system. I say again: It’s a free browser game! We’re looking to kill a few hours not immerse ourselves. All it needs to do is set a scene and it does that: You are a Marauder, you’re goal is to build and army of various tanks and infantry and use them to complete quests: usually blowing up another persons tanks and infantry (be it A.I. or another player online). Upon doing so you gain experience and resources with which to research and build a better army. Similar to the likes of say Ogame or any number of Facebook games (remember mafia wars?) the motivation here isn’t continuing the plot, for there isn’t one. No, the real hook is seeing what new units you can get later with the resources you’ve picked up. Well it would be if there was any real noticeable difference between the new stuff and the stuff you already had but I’ll get to that later.

Also similar to many a facebook game (and indeed every other free game on the planet) is that if you want the really good units your gonna pay real money. Fair enough, no-ones running a charity here. Still, I can’t help feeling like feeling like the victim of some evil capitalist scheme. Maybe it’s just me? 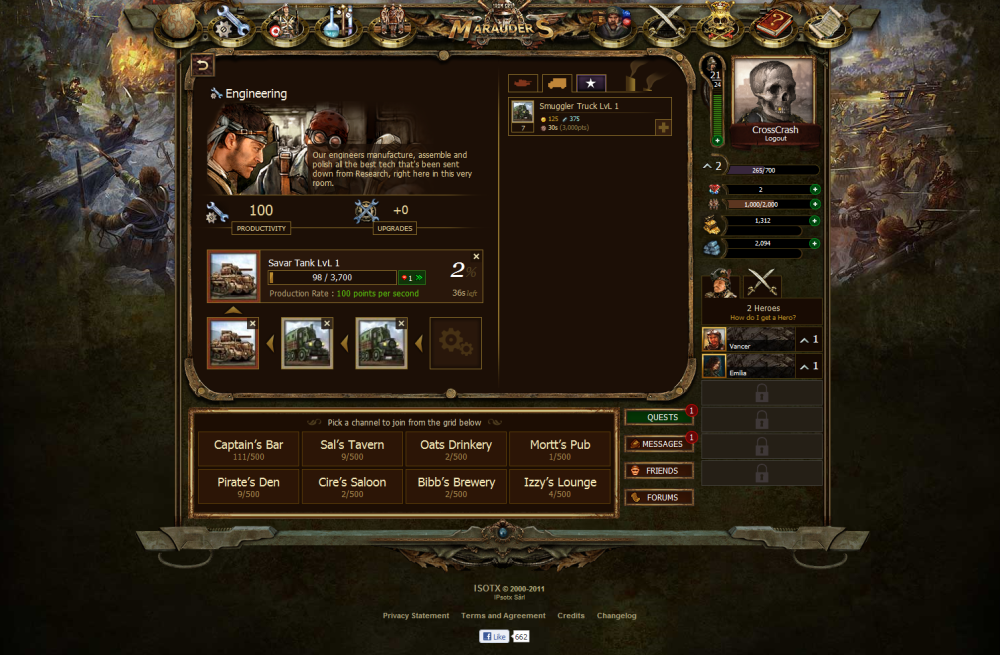 Onto gameplay. A lot of time is spent in the browser messing about with the various interfaces all of which are nicely designed and covered with very cool steam punk art. You have a pool of resources which you gather from raids and various other missions and you spend these resources on things such as research and unit building. Before going into missions you select the units you want to bring with you. This is obviously a huge deal in game. You have to anticipate what kind of units you’ll be up against and bring the right units for the job. E.g. If you Think you’ll be up against a lot of infantry with anti vehicle weapons then the obvious choice is to bring infantry with anti infantry weapons. Easy as rock, paper, scissors, lizard, Spock. 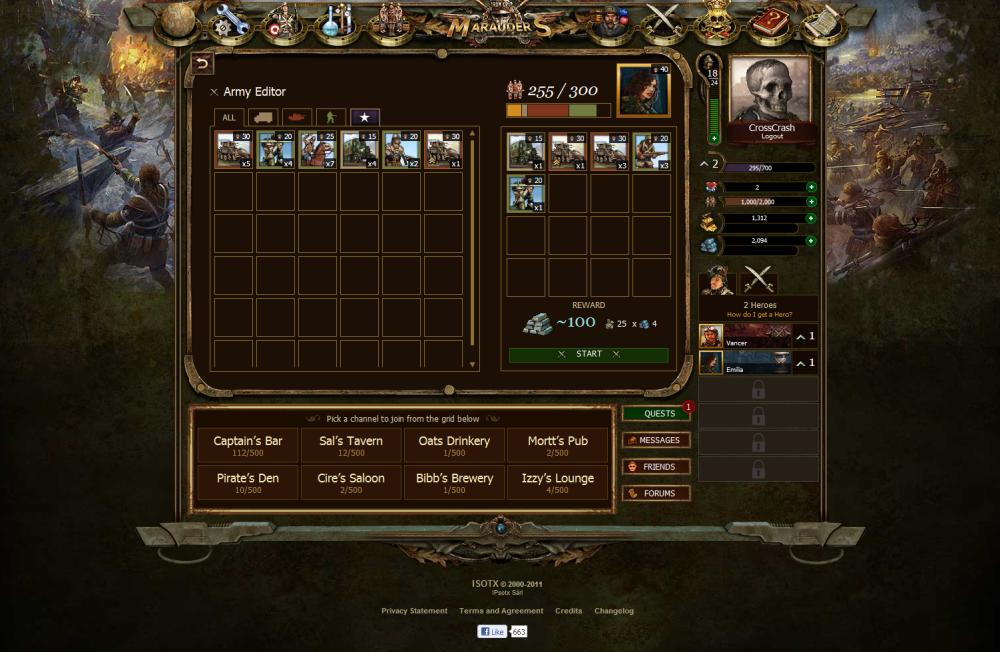 Everything you build or research takes a certain amount of time to complete. The most rudimentary units and research take a few seconds but as you advance things quickly escalate. Once again this reminds me of Ogame and in the same way I imagine the counters could easy stretch into days of waiting for single advanced units to finish. This isn’t criticism, it’s part of the game’s strategy. Well at least it was in Ogame where attacks on your planets would happen in real time making your build order and timing essential to long term survival. In Iron Grip: Marauders this is a little stranger. If you want to play multiplayer you set up a game and wait for other players to join. No one’s going to try and fight you without your permission, no one’s going to come and bash you in real time, you’re not going to be taken by surprise and you’re never going to need watch a counter saying how many minutes until the enemy is upon you. With that in mind: Why Iron Grip!? Why are you making me wait 10 minutes for my units to finish!? If timing isn’t a big part of strategic game play, what’s with making me wait at all!?

Anyway I’ve spent so much time talking about the interface that I’ve missed out as pretty huge chunk of the game. The turn based strategy element is where you take all the units you’ve been building and put them to use. You choose your units then the game boots up a separate window the same way League of Legends would. The game then presents you with a nicely designed maze of scenery for you to navigate. Maze is definitely the right word. None of the scenery is interactive so far as I can tell it merely gives you walls (albeit very pretty walls) to work your way around. You spend movement points until you’ve gone as far as you can then you end your turn and wait. Repeat the process until some enemies wander into you field of view. You then spend points shooting at them instead of moving then end your turn and watch them shoot at you for a while… Wow I never realised it was so boring at the time! That really is the whole game: you move until things come in range and then you shoot. The only variety from unit to unit is how tough it is, how far it can move, how much damage it deals and its strength against infantry/vehicles respectively. I’ve never seen anything like special moves or unique abilities. Remember earlier when I was talking about how despite researching new tech all the units you got have no noticeable difference from what you already had? this is what I meant. Sure their attack stats and movement is slightly higher but big deal: I want to feel like I’ve been rewarded but this game has no hook! Even your commander units are just particularly strong versions of your regular ones. Nothing special there either.

Ok I think I’m going to wrap this up I’m finding very little I want to say about this one. Basically for a free game this is decent. The art on the interface screens are very nice and the graphics in game are pretty impressive (considering it’s free). That said every other aspect of the game is really kind of tedious. The gameplay is simple to the point of being dull, the units aren’t unique enough to allow for interesting tactics and the waiting times in the interface are logically pointless so far as I can tell (although if someone can point out the reason in the comments I’d be grateful cause it’s really got me stumped)

So yea, by all means give it ago. Maybe it’ll be your kind of thing and you’ll find more than twenty minutes entertainment* in there, but not me. I’m going to go polish up my Sword of the Stars skills before Lords of Winter comes out. You have fun though.

*Edit: I’d like to point out that I spent a lot longer than that playing but it was after about 20 minutes that I started to lose interest.

I recently graduated from Strathclyde University with a BA Hons in Business law and marketing. Currently working as an assistant internet marketing analyst. View all posts by CrossCrash