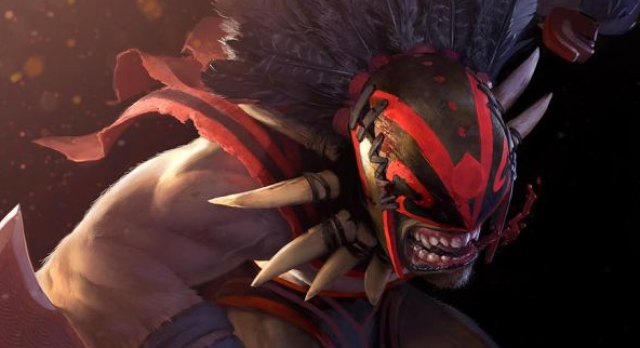 Yeah Defence of the Ancients 2 isn’t actually called “The Master Returns”. That’s just me being clever. You will understand in a minute. Anyway, I wanted to make a newspost saying that there is now both a trailer and apparently a fast approaching Beta release date. Icefrog (from Valve Software… you know… the developers…) has said the following:

“We’re going to take the current version of Dota 2, which has The International set of heroes, and get it out there as fast as we can. We’ve still got some work to do in a couple of areas, so we’ll be keeping it invite-only for a (hopefully short) period of time. But there’ll be no restrictions on what players can do with it – they can release screenshots, make movies, shoutcast matches, write guides, publicly make fun of our HUD, or anything else their hearts desire.”

DotA2 will be released as a Beta (and a closed one it would seem) and it is going to reain in beta for at least a little while, as Valve have to get the champions balanced and apparently want to add a LOT more champions before it is released.

If you want to scroll to the botto of the article you will be able to see the pretty awesome Cinematic trailer for DotA2 and skip my intropspection and thoughts on it… which come next!

Because, I HAVE been thinking. Let’s face it Riot Games basically has the market cornered on TDHBRTSG (Top-Down, Hero-Based, Real-Time-Strategy, Games) with the giant of League of Legends. While it started out small, it has got to the World of Warcraft stage where every other TDHBRTSG is just ignored. I mean Heroes of Newarth… probably a brilliant game, but with LoL around I had never even heard of it until I actually started to do more in-depth research into games for MMGaming. Plus, there is something else to consider:

You see, as far as I am aware, Valve have not yet decided what sort of price-tag to put on DotA2 as of yet. And this I think could mean anything: completely free with small payments for things like skins or whatever, pay for the game, or (heaven forbid) it may even be subscription based… although that seems unlikely. But face it, if Valve slap a price-tag on what you an get from LoL for free… It REALLY doesn’t have much chance of competing unless it’s massively better (like I dunno… giving you the ability to fucking bitch-slap all those people who get raj whenever you make one little mistake…).

So, it’s a painful truth, but DotA2 could simply sink away with very little trace.

“But wait” you say… League of Legends has ALWAYS aditted to being based on the original DotA. So surely, a new DotA game will be able to forge it’s own place in the market and actually teach the apprentice a few more tricks. Because after all… it IS the Master of the TDHBRTSG genre… A real gaming case of:

“DotA… The last time we met I was but the apprentice… Now I am the Master!”

Sorry, got a bit carried away… ANYWAY!!! I guess what I’m saying is that it COULD do well… but for DotA2 it’s one big fucking uphill struggle from here! Anyway let’s feast on some delicious trailery-ness!

One thought on “DotA 2 – The Master Returns”