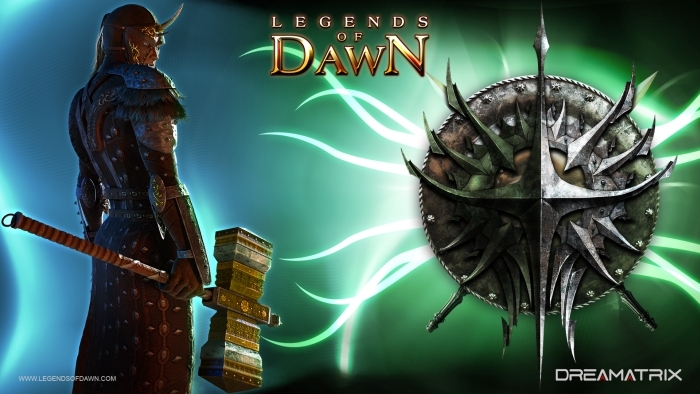 Ah.  Legends of Dawn.  Indie produced.  Successfully Kickstarted.  Steam Greenlighted.  It has a suite of interesting features and the devs claim that it is a hardcore fantasy game.  But is it actually any good?  You must read past Friend Bump to find out.

Liked my cliffhanger, there?  Good.  This is about to get a bit intense and it is important to maintain a sense of fun.

Legends of Dawn is an enormous disappointment.  Not, as one might initially suppose, because it fails to live up to its promises, but exactly because it did live up to them. Only it did so in some extremely regrettable ways.

The first thing one notices when starting the game is that it looks and feels quite a bit like a higher-resolution, but still quite bland take on Neverwinter Nights.  There are three visually interchangeable races to choose from and also two genders.  Two!  How very bold and old school.   But this is all quite forgivable.  This is an indie game, after all, with a limited budget to work with.  The character models are quite serviceable for this sort of game, even if the texturing looks muddied.

Picking your race, gender, and name starts up the game proper.   You’ll get some neat art and some decent music presented to you while the game loads and one might feel a bit optimistic.   Once the game has loaded you’ll get a bit of voice over which does not match up all that well with the text presented on-screen.    That’s a bit baffling, since editing a few lines of text, especially the VERY FIRST FEW LINES OF TEXT YOUR PLAYERS WILL READ, is probably pretty easy to do.  It’s also a wonder how it was missed since, again, it’s the VERY FIRST BIT OF TEXT SOMEONE WHO IS PLAYTESTING THE GAME WILL READ.  It feels a bit half-assed.  This trend continues and is, indeed, a core part of the game experience.

If you’re playing a human, like I did, you’ll start in front of a ship.  Your dialogue with the dock guard fills you in on a few details and he mentions that you should check your ship for supplies.  You click on a spot in the ship, hoping your character will strut on over there, which he or she will do!  Right up until they hit the ramp leading into the ship.  Repeatedly clicking does nothing as the pathfinding in this game blows.  Manually driving your character around with WASD works, though, so off you go in search of your treasure.  Well, unless you accidentally walk off the pier and fall between it and the ship like I did.  It’ll kill you instantly.

Now, you’ll figure out that left-clicking on something is usually pointless, but right-clicking on something will let you interact with it. IF you are close enough that is. Do not count on the game to get you close enough. It has no idea how. Fortunately, objects that can be interacted with do so glow a dull yellow when you cursor over them, but there appears to be no way to know if something’s important without running your mouse over it.

Once all THAT is sorted you can get started on the game proper and engage with its numerous complex mechanics and big, open world.

And it’s all very boring and often very baffling.

The music is great, but transitions jarringly and without warning from track to track. Combat consists of the Bioware Shuffle, with the player and various monsters stiffly and awkwardly taking turns thumping on each other in glorious real time. Spoken dialogue is hokey and doesn’t synch up well with the written on-screen text, plus it often seems to fire at random or fail to take into account the player’s actions. Something triggered it, but that trigger, that context, is invisible to the player. It is that lack of context that damns this game.

It offers the player very little meaningful context for anything that’s occurring. This lack of context infects everything about the game.

One cannot rely on left-clicking to move, despite it appearing to be an option, and the alternative (WASD, wot?) is hampered by a camera that can neither present a proper 3rd person view nor pan out enough for one to feel like they have any real idea where they are leading their character. That lack of VISUAL CONTEXT makes navigating the world more troublesome than it has any need to be.

Speaking of visual context, what sort of person goes to all the trouble to write out a digital game manual, but will not include even basic text tool tips into their own game?  It’s the same text. There’s no reason to make the player alt tab out of your buggy, unstable game to read a pdf file when you could have just put the information INSIDE OF THE GAME. That’s not old school, that’s deliberately obtuse. Even Rogue gave you some idea of what one could do on any given turn by including a list of available commands within the game.

I’m gonna shoot straight with you: This game feels like what would happen if Atari hired a couple of competent artists and musicians to work on Neverwinter Nights 2, but left the game development, writing, and overall design up to a 3rd grade special education class and THEN hurried the game out about two months too soon. It’s riddled with bugs. I’ve yet to save the game without it crashing, and when it does work it’s not very interesting.

I want to get this straight, too, while I’m thinking about it. It’s not that this game is too hard. I love difficult games, provided the difficulty stems from a well-designed challenge. But this game isn’t so much hard as it devoid of context. Cause and effect in this game are far too often tied together by invisible, perhaps mythical strings.  This isn’t “hardcore” so much as it is muddled. It’s not so much “dark” as it murky.

It almost feels like an alien designed it after watching hu-mans videographical games.  The experience is a bit like an dour Redditch elder’s first encounter with an untranslated, unsubtitled Bollywood film.  Only he hasn’t even SEEN the telly before, favoring the radio dramas of his youth and simple, folksy music written by serious, workmanlike men.  Completely alien.  There’s SOMETHING going on, but for the player, there’s often little sensical reason for it.

It fails, which is a shame, because some folks worked hard on this.

Dreamatrix:  Do better next time.  You’re not devoid of talent at all, just experience, I think, and a decent writer.

Or, like,  2 farthings and a groat or however it is they do things in England.