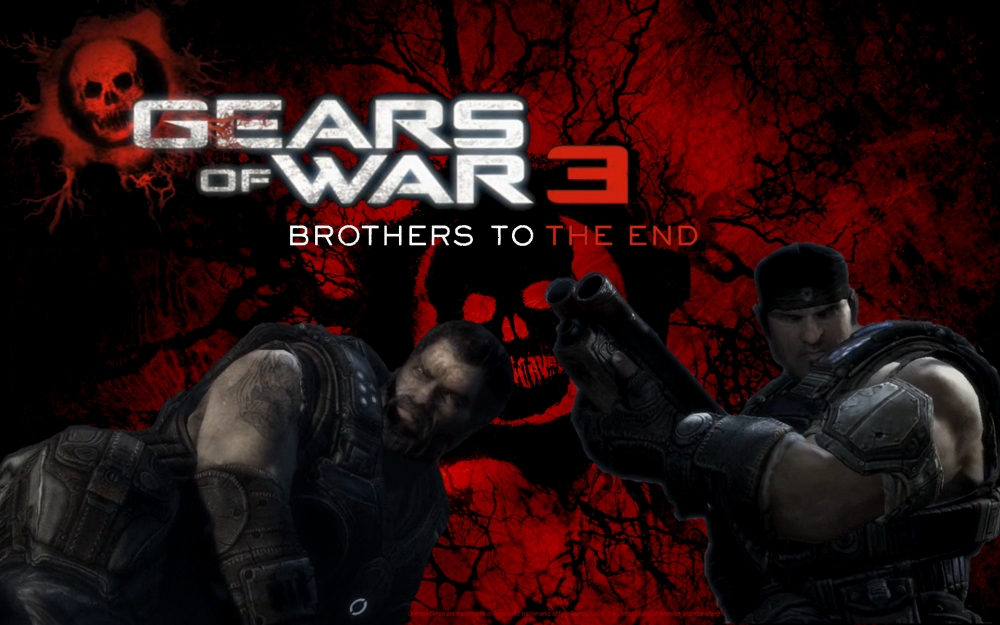 First off, I want to point out that this is a style of article that both me and Tim have been very keen to do ever since we started MMGaming. We have intended to do Diaries of our exploits in numerous games, but so far it just hasn’t happened. Well, this post sees us trying to get our diaries started! This particular diary will be my impressions as me and Ali play through Gears of War 3 on Hardcore difficulty and may continue to our second playthrough when we do Insane. This probably won’t be MMGaming’s last diary either (other’s for our list include Skyrim, Mass Effect 3 and whatever else we feel is worthy of a diary!)

First day: So me and Ali picked up GoW3 the night of the day of it’s release. In a high-state of anticipation we headed to his flat and booted it up. A fair warning, we both really like Gears 1 and 2 so this has a lot to live up to! In the few hours we played we made it through the first 4 Chapters in the First Act. Instead of fighting Locust we now spend our time Lancering out way through Lambet, which apart from the corpses exploding, is really not all that different.

Another new thing (I note with no little amusement) is that there is always a girl in the fireteams of four (e.g. Marcus, Dom, Jace and Anya is one team while later you change to Cole, Baird, New-Carmine and Sam). I’m not sure, but somehow this seems like Epic Games were simply trying to make Gears more “female friendly” and include some “much-needed” feminism into the game… Or they were simply making sure that there are always 4 people in each group now as the game can now be played (online) with 4 people. Who am I to say what’s what…?

The game retains that traditional Gears feel, and despite a slight vamp up in graphics, it still looks like Gears too. In fact the only one thing I would count as different is the brief moment when it’s necessary to get inside some battle-mech type things and have some fun killing stuff with them. Basically, so far it’s not letting me down! I will say though, me and Ali have been playing on Hardcore, the second hardest difficulty, but so far it hasn’t really been difficult at all. We simply plow through all the resistance that’s thrown at us with our awesome. Our lay session ended near the end of Chapter 4 in the first act when we actually came across some lambent who shoot mortar-like gloops of yellow up-fuckery. And after they had fucked up our shit twice in a row, we decided to take a break.

Second day: Our second play session came about a week after our first. In between this time we did manage to play some Horde mode which was a laugh as always, but this diary is about the Campaign. For my thoughts on Horde, you will have to wait for when I actually review the game. Anyway this time we got thrugh about a whole act, making it to Chapter 5 in Act 2. And by now the initial “Oooo” sensation of playing a new game is beggining to wear off. And to our combined horror, it’s wearing off in a bad way. We are both already a little bit disenchanted with Gears 3.

While the gameplay itself is still fun and awesome (Ali will say that he hates the boss fights due to a lack of realism… in a game where the enemies you kill are mutated aliens which explode on death) some more of the game is beggining to grate a little. You see, I think it seems that Epic Games has decided to take Gears far too seriously. They have gone and tried to add stuff like “plot twists” and “character development” which is JUST SO WRONG! Seriously though, the game seems to take a larger focus on the story side of it, possibly so that they can finish it in a reasonable way. However, the story mostly doesn’t seem to make much sense unless you spend some time thinking about it, and maybe researching the history of the game world.

Not only is there too much focus on a stupid story, the whole flow of the game has been ruined! After every single little fight there is a small cut-scene (in which someone invariably says “Let’s keep moving!” at the end) or a sequence where you have to open a door. And it takes long enough that there is none of the flow of the previous games. Rather than a big long sequence of blood and carnage the fighting has to stop and pause for the COGS to have a little banter with each other every now and again. The banter itself is annoying and only makes me chuckle on a rare occasion. Worse, the voice acting itself is absolutely awful! It doesn’t at all feel like these characters are talking and reacting with/to each other. It feels like each voice acter came in on a seperate day, read his/her own lines and left without even looking at what any of the other characters say. It just feels wooden and dreadful

Plus as I said, theres too much of it. The game is meant to be silly and ridiculous and all about the fun times you can have chainsawing through any motherfucker in your path. Now it’s all about: “God… ANOTHER door that takes a whole minute to open… Oh! He said “Let’s keep moving” everyone take a shot!”

Of course, Ali is almost thoroughly bored at this stage, but he isn’t that good a judge seeing as he spent the whole of the second session either dead, or waiting for a revival from me or our teamates. And I suppose it didn’t help that I had a wee giggle every time he got face-rolled… again!

Keep an eye out for Day 3 which should be up sometime next week!